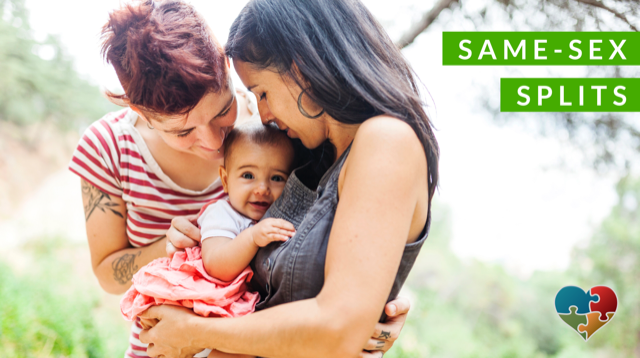 Breaking up is never easy, but in the case of same sex couples, it can be complicated considerably by legal landmines.

“We have the exact same split-up rates as straight couples,” said D’Arcy Kemnitz, an attorney and executive director of The National LGBT Bar Association, a nonprofit based in Washington, D.C. “You just want to begin a new relationship without being wed-locked. You want to be able to start over like straight couples. It’s important to have our relationships terminated properly to protect ourselves and our children.”

Indeed, marriages don’t always work out like you plan, regardless of orientation. But for same-sex couples seeking divorce, however, it is particularly important that both parties…

Because individual states treat civil union and domestic partnership dissolution differently, couples seeking to sever ties should seek out legal counsel with a local attorney who is familiar with their specific state laws, said Emily Haan, a family law attorney for the National Center for Lesbian Rights (NCLR) in San Francisco, which provides free information and counseling to the lesbian, gay, bisexual and transgender community.

“It’s really very state specific so I highly recommend couples speak to a local practitioner for advice,” she said.

While gay and lesbian married couples can file for divorce with relative ease, those who entered into a civil union or domestic partnership before marriage was an option are sometimes forced to contend with a tangled web of state laws that make severing ties a challenge at best.

Others who inadvertently fail to dissolve all of their relationship statuses (with the same partner) at the time of their divorce put their financial future potentially at risk if they ever remarry.

But the stakes are arguably highest for same-sex parents who are looking to split, as many states still grapple over the legal definition of what constitutes a “parent” in the eyes of the court.

“Many of the issues related to the dissolution of civil unions and domestic partnerships were resolved after 2015, but some serious issues still remain,” she said, noting several states still require non-resident same-sex couples who were married or joined by civil union there to meet multiple requirements before a dissolution of their union will be granted.

Many states have relaxed their residency standards for divorce and dissolution proceedings since the landmark 2015 Supreme Court ruling that opened the door to marriage equality. Others automatically converted prior legal unions to marriage status, affording same sex couples the same rights and responsibilities as their heterosexual peers — including the right to divorce in any state.

Because of the way in which marriage equality laws evolved, many gay and lesbian couples today have multiple relationship statuses. They may have started with a civil union in one of the more progressive states that allowed it, for example, were later joined as domestic partners, and finally tied the knot in their home state when same sex marriage was made legal.

Dissolving one’s marriage status, does not automatically dissolve the others, unless it is included in the order. The court may be able to dissolve marriages, domestic partnerships and civil unions all in the same proceeding, but the onus is on same sex couples to disclose those statuses and ensure they are dissolved.

The risk of divorce is amplified further still for same-sex parents who seek to retain shared custody of their kids, as “marital presumption” laws become the latest legal battleground.

According to Haan, each state has its own definition of “marital presumption,” which generally indicates that any child born to a marriage is presumed to be the legal child of both parties. “But we have been facing a significant amount of push back in certain states about whether that presumption applies to and creates legal parentage for same sex couples. It’s an ever-changing situation.”

The matter is particularly challenging in cases where only one party is a biological parent – lesbian couples, for example, in which one spouse was artificially inseminated or gay couples in which only one of the husbands provided genetic material to a surrogate. Where the courts are concerned, establishing parent rights based on a biological link is more complex still for lesbian couples in which one woman was artificially inseminated with embryos from her partner and a sperm donor, said Singer.

“The non-biological mom or dad may not be protected in a divorce,” he said. “They may be thinking that because the child’s birth certificate has their name on it that they are protected, but the courts in some states have ruled that birth certificates cannot create or terminate parentage.”

“If you are going through an amicable separation, we recommend the party who is not biologically related to the child always do an adoption as a step parent or second parent, depending on the circumstance,” she said.